You’re probably aware that the majority of our leagues are self-officiated. And yes, we did it on purpose, and no, it’s not because we don’t want to deal with the added cost. This decision was made strategically, and agree or disagree, we are sticking with our guns on this one. Here’s why:

SSC is first and foremost about “play.” Adult play. We have almost always positioned our programs as “grade 4 recess” and not “Tuesday night world championships.” Remember those days back in grade school where you could play soccer or baseball in the school yard with no ref?  Maybe the odd glance from Principal Skinner when he was out for a smoke, but not much more than that.  Children can regulate themselves very well in play, and most adults can too. The vast majority of adults don’t need a babysitter. So why give them one?

Now we recognize some people do want that third party to keep the game safe, which is why we do offer officiated leagues so you can get whatever experience you want with us (thanks to about 500 plus program options).

But after 20 years of member surveys and program experimentation, we know that some people want officials, but more people don’t. True story.

To the minority, who still call in asking about refs season after season because they think it is essential to the game, it’s time to debunk some of the four most common referee myths:

1) Refs stop fights or foul play
Wrong. This kind of crap is stopped by adults not acting like boneheads. See photo evidence:

2) Refs become the line of what’s good sportsmanship
This needs to remain on you. Would you smash your car into a person who cut you off just because there wasn’t a police officer there? No, you wouldn’t, because that would be wrong.

3) Refs keep the game fair by making the correct calls
Wrong. Refs will screw it up as often as teams making their own calls. Don’t get me wrong: officiating is very difficult, and I have the utmost respect for sports officials. But they are human, and will make the same mistakes as any other person might. Your complaints about why you lost your game will just shift from “the guy was cheating” to “that ref sucks.” 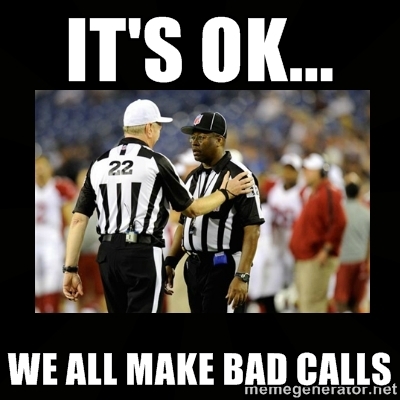 4) No refs during the regular season is okay, but you need refs in playoffs
No, you should just be nice in playoffs like you were during the season. The t-shirt you want to win is not worth misbehaving for.  Seriously. 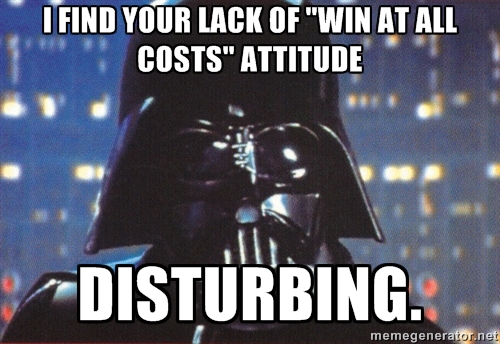 Despite these mind blowing insights from yours truly, the good news is that my opinions don’t govern everything Sport and Social Club does: we listen to you guys, and are adding more “officiated” programs every season because we know it’s what some of you want.

Just don’t yell at the ref when you get a call you don’t like: I haven’t seen one change his or her mind yet.

And for those of you have can play hard and play fair with out a babysitter in a striped shirt watching, carry on, and kudos to you for being able play like kids do.

Officiated or not, we offer it all. Be sure to check out our fall sports menu and sign up today!

iThere are no comments

Begin typing your search above and press return to search. Press Esc to cancel.